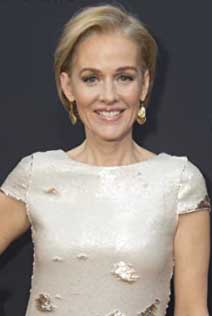 The film is being helmed by "The Miracle Season" and "Soul Surfer" director Sean McNamara and is currently in production in Oklahoma.

Miller will portray Nancy Reagan from her late 20s to early 70s. The film follows Ronald Reagan's life through the eyes of a fictional Kgb agent, who keeps tabs on Reagan throughout his career. Robert Davi has been cast as Soviet Union leader Leonid Brezhnev, and Jon Voight will play the role of the Kgb agent.

The story is said to look at Reagan’s life through the eyes of a KGB agent, a fictional character, as he tracks the actor-turned-SAG president-turned-California governor-turned-President from anti-Communist crusader in Hollywood to leader of the free world. Davi is playing Leonid Brezhnev, who ruled the Soviet Union through the 1960s and 1970s. Voight is playing the KGB agent.

Miller is the veteran actress who starred in Carlito’s Way, Kindergarten Cop and The Shadow. She appeared in 2011’s Oscar-winning Hollywood homage The Artist as well as 2016’s Birth of a Nation.