'Argo' won Best Picture at the 2013 Oscars, but the awards were spread around the top pictures at this year's ceremony.

As expected, Daniel Day-Lewis won the Best Actor prize for 'Lincoln'. He gave a witty speech, saying to presenter Meryl Streep: "Three years ago, before we decided to do a straight swap, I had been committed to play Margaret Thatcher... Meryl was Steven's first choice for Lincoln. I'd like to see that version."

His victory was seen as inevitable, so perhaps he prepared the gag beforehand.

However, it was his third 'Best Actor' win (the others came for 'My Left Foot' and 'There Will be Blood') - a record - and there is surely no doubt that he's the finest actor of his generation. Perhaps of all time.

The most hotly-contested category was Best Actress, with it seen as a four-way struggle between Jessica Chastain ('Zero Dark Thirty'), Quvenzhané Wallis ('Beasts of the Southern Wild'), Emmanuelle Riva ('Amour') and Jennifer Lawrence ('Silver Linings Playbook').

It was Lawrence who won, but she struggled herself to reach the stage, tripping UP the stairs. 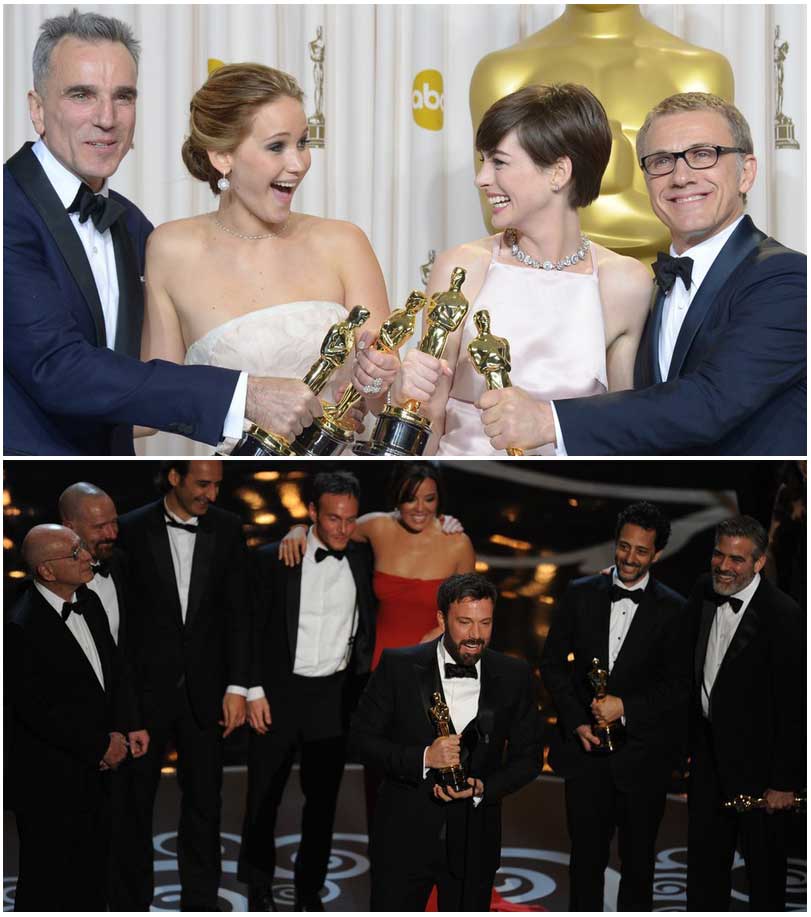