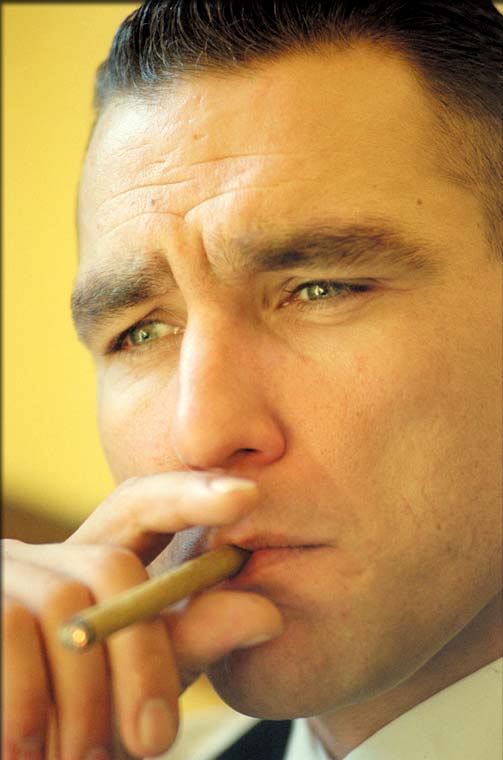 The hardman Londoner made his film debut in GUY RITCHIE's LOCK,STOCK AND TWO SMOKING BARRELS, and has also appeared in his latest film Snatch - but says his move to the movie capital Hollywood has nearly bankrupted him.

Welshman Jones says, "Coming to Hollywood was a big gamble for me and the family. I knew I had to do it if I was going to stand a chance of getting any more acting work but financially it was a bit of a risk.

"There was the thought at the back of my mind that we could end up going home skint. I didn't make any money from Lock, Stock or GONE IN SIXTY SECONDS and this little independent film I've just done - NIGHT OF THE GOLDEN EAGLE - cost me money to do."

Jones was about to return to Britain as a failure when a part with JOHN TRAVOLTA in new movie SWORDFISH came along to save him.

He reveals, "I'm getting proper movie star pay for that, so that means we're staying in Hollywood until Christmas. Being here has changed my whole outlook on life."