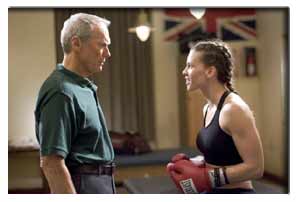 Sandra Bullock is upset by reports she turned down the chance to star in Oscar-winning movie Million Dollar Baby - because she tried to get the film made for years. The actress calls rumors she snubbed Clint Eastwood "total rubbish," insisting instead that gossips have got their facts wrong. She explains, "We had Million Dollar Baby with someone else for a while, trying to get it made. I couldn't get it made. We tried and tried and tried. (They were like) Female boxing movies don't sell.