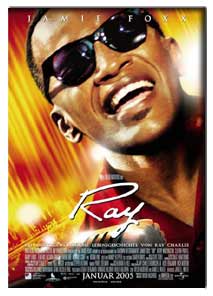 Jamie Foxx didn't bother to wake up to watch the Oscar nominations announcement.

He was asleep when the nominations were announced in LA reports IOL.com.

Foxx, was in a Beverly Hills hotel near the set for his new movie Jarhead at the time of the announcement.

He said: "My managers called me and woke me up to say: 'Beautiful things are happening on TV - turn your television on.

"It was just wonderful, man, the six nominations for Ray."