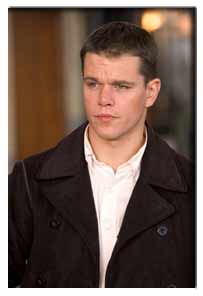 Matt Damon begged producers of Ocean's Twelve (2004) to make sure his role in the sequel was small because he was too tired to work.

Damon reprises his role of Linus Caldwell in the sequel reports IMDb.com.

Damon spent most of this year filming in Europe - he began shooting Ocean's Twelve immediately after he finished work on The Bourne Supremacy.

Damon said: "I actually asked for a smaller part this time around. I wanted to do less work because I had just come off The Bourne Supremacy and I was tired."

Clooney joked, "Matt showed up and told us he had this big hit sequel under his belt so we'd need him to sell our picture. We had no choice but to give him a bigger part."