Scarlett would go under the knife 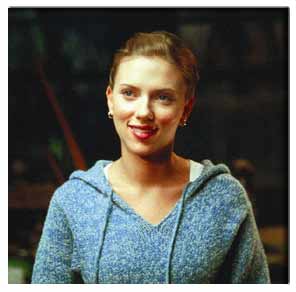 Scarlett Johansson says she would consider having plastic surgery.

She said: "I definitely believe in plastic surgery. I don't want to be an old hag. There's no fun in that."

The Lost In Translation star also revealed she had to work hard to get in shape for her latest movie Synergy.

"My character had to look like she could be a professional tennis player, so I had to take lessons. I'm rotting on the inside, though. I have no muscles, no endurance.

"All my outdoor activities involve lying in the sun," she told B magazine.

Synergy is released in the UK on January 7.