The Usual Suspects sequel in the pipeline 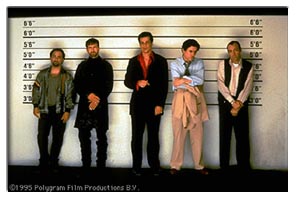 Film bosses are in talks to make a sequel of The Usual Suspects - nine years after the first movie hit screens.

The 1995 classic, which starred Stephen Baldwin, Benicio Del Toro, Kevin Spacey, Gabriel Byrne and Kevin Pollack, was a box office and critical success when it was first released.

And now actor Chazz Palminteri, whose character in the original movie relentlessly hunted down arch-villain Keyser Soze, reveals bosses will be making another installment reports Teenhollywood.

He said: "They're past the talking about it stage.

"I'm looking forward to it. The title they like is Searching For Keyser Soze.'