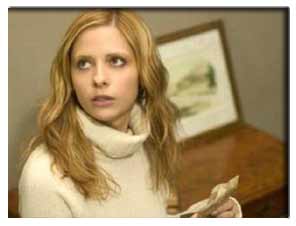 Sarah Michelle Gellar was left confused when she met the director of The Grudge, because the only English he could speak was taken from Star Wars.

Gellar's first meetings with Takashi Shimzu, who also directed the original Japanese version of the film, Ju-on, took on a surreal twist when he started delivering lines from the 1977 sci-fi spectacular.

Gellar said the first time Shimizu spoke to her he said, "My lady, your destination is approaching."

She added: "I thought he was maybe saying I looked familiar. It really was an education in communication for me."

But the pair soon found talking less traumatic than they had at first feared and, with the help of sign language, developed a reliable method of communication reports Femalefirst.

Gellar said: "We used a translator in the beginning but by the end she joked that she was worried she was going to be fired."

The Grudge has been the number one film at the American box office for the last two weeks.