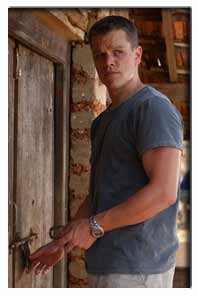 Matt Damon has criticised actors who only take roles in potential blockbusters, because he believes stardom is irrelevant.

The Bourne Supremacy star claims he has enjoyed every movie that he has ever done, regardless of how much money it earned on release.

And Damon is determined never to fall into the trap of chasing box-office success, instead choosing projects that interest him reports Teenhollywood.

Damon said: "I know people who have made movies just because they think they are going to be big hits, so they spend six months of their lives on something they don't really like. And when it isn't a hit, they have got nothing to show for their experiences making it.

"I think eventually stardom is going to go away from me; it goes away from everybody, and all you have in the end is to look back and like the choices you made.

"And if you're making them because you want to be in a hit movie, then I think you are missing the point."