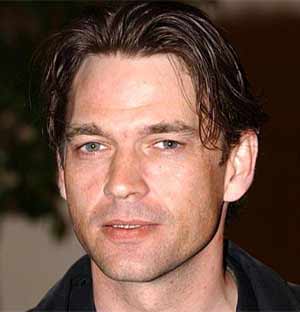 Dougray Scott is to be the new James Bond, according to the Sunday Mirror.

He's reportedly beaten rivals including Eric Bana, Clive Owen and Ioan Gruffud to take over the role from Pierce Brosnan.

Scott, 38, will be the seventh actor to play Bond on the big screen and is set to make his first appearance in the 23rd Bond film, due for release next year.

Bosses at Eon Productions chose Dougray after deciding they wanted a return to a brooding Bond in the mould of Sir Sean Connery.

One source said: "Bosses believe Dougray will be the perfect Bond."

The Scot won his role after discussions with Barbara Broccoli, producer of the long-running spy series. She wants to return 007 to his film roots.

A source revealed: "Producers have been eager to take Bond back to the broody and sexy figure that Sean was so brilliant at.

"Obviously it's not possible for Sean to return at his age, so they have been looking for a young actor with similar characteristics."

Brosnan announced in July that he would not be appearing as Bond again, saying: "That's it. I've said all I've got to say on the world of James Bond."