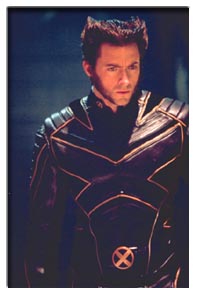 X-Men star Hugh Jackman has been installed as the favourite to be the next James Bond.

Bookmakers Paddy Power rate the Aussie a 15/8 chance to take over the role from Pierce Brosnan, who has just announced he is hanging up his tuxedo.

American Psycho star Christian Bale is second favourite at 2/1, with Clive Owen at 3/1 and Jude Law at 5/1.

Brosnan started his 007 career in Goldeneye in 1995 after taking over the role from Timothy Dalton.