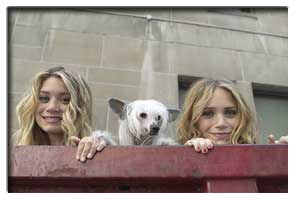 Representatives for Olsen and her company Dualstar have threatened legal action - but American Media, who own both magazines, remain unmoved. Spokesman Stu Zakim says, "If they were going to sue us, they would have done it already. Nothing has come forward and that only reinforces the validity of our reporting. We knew how explosive this story would be, and it's been fact-checked and fact-checked and fact-checked. We have all the confidence in the world that our reporting is on the money." Olsen's representative Michael Pagnotta argues, "If (the Enquirer) is the same kind of reporting as in the Star, which we consider to be false, then it would likewise be evaluated by our attorneys. The bottom line is that Mary-Kate was not admitted for drugs, period."