Will Smith says I, Robot will surprise audiences 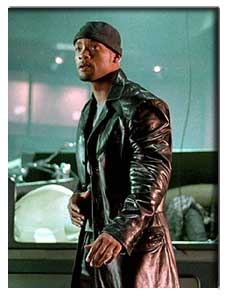 Will Smith says his new sci-fi film is an art house movie masquerading as a blockbuster.

Smith is starring in the adaptation of Isaac Asimov's classic I, Robot.

He told Empire magazine: "People will be very surprised. It's darker, it's really well done, it's amazing. It is essentially an art house movie masquerading as a big summer sized action film.

"I think it's what the future of action movies are going to have to be like.

"You have to think a bit, you gotta pay attention and in the film there are intellectual concepts that need to be debated and discussed and argued about."