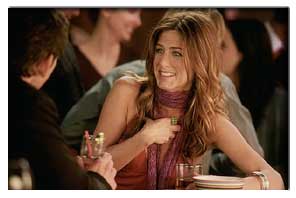 Jennifer Aniston is reportedly pregnant with her first child by husband Brad Pitt. According to friends, the couple - who have been trying for a child since the actress ended her run in hit sitcom Friends earlier this year - have successfully conceived, just days after her Friends co-star Courteney Cox gave birth to her first child, baby girl Coco Cox Arquette.

A source tells American gossip site The Scoop, "This is something that both Brad and Jennifer want. Expect an announcement later this month." Spokespeople for Aniston have failed to deny the rumors.