Hanks says no more film directing for him 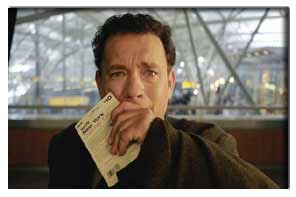 Actor Tom Hanks says he won't direct another film because it's too much hard work.

His last directing project on the big screen was the 1996 box office flop That Thing You Do.

Hanks said: "I just don't have the inner drive to direct. It means working under enormous pressure for 24 months without a break. I enjoyed that on a small scale, but I wouldn't want to repeat it. I consider myself an actor first, and a producer second."

He added: "My talent lies in saying 'Hey, that's interesting material - we could make a good film out of that'. And then the others should come in and do the real work."

Hanks also said there are several acting jobs he regrets taking because he was afraid to turn down a job.

"I made plenty of films in the past, such as Bonfire of the Vanities, which I would rather just forget, with the excuse that I didn't know what I was doing at the time," he said.

The 47-year-old actor says he enjoys working with visionary directors such as Steven Spielberg. "He and I are good friends, but I wouldn't call us partners. Just to set the record straight: Spielberg is a visionary, a man like Thomas Edison.

"As an actor, I'm just the electrician who changes the light bulbs."