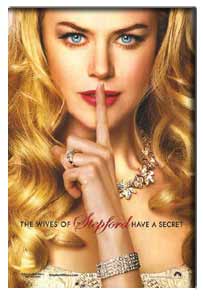 The director of Stepford Wives has admitted that he recently filmed a new ending to the movie.

According to Teletext Frank Oz has denied reports that the new ending was as a result of disastrous reactions to the film at test screenings.

The Stepford Wives is a remake of the 1975 satire starring Katharine Ross.