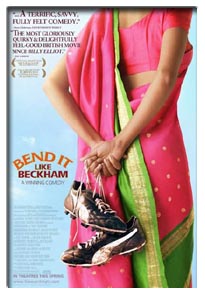 To kick-start the new British Film Strand, Sky Movies announces a weekend of Brit flicks old and new to see us through the bank holiday this May. Showcasing some of the greatest of British talent, and including 4 movie premieres.

Avoid the bank holiday traffic and stay in and join the struggle to escape the zombies as they take over London in 28 Days Later (2002), which premieres on 29th May at 10pm on Sky Movies 1. Starring Cillian Murphy and directed by Danny Boyle (Trainspotting, Shallow Grave), 28 Days Later received great reviews and reset the trend for the zombie horror movie genre.

Sky Cinema kicks off the long weekend with the BAFTA and Golden Globe winning Genevieve (1953), about the London to Brighton car rally starring Kenneth More and John Gregson. Britain’s current hottest export Keira Knightley can be seen in the movie that launched her career, Bend It Like Beckham (2002). Other premieres include Mike Leigh’s, All or Nothing (2002) on Friday 28th May, a moving comedy drama set in a South East London housing development, starring Tim Spall and Lesley Manville, Magdalene Sisters, The (2002) and Meera Syal’s Anita & Me (2002).

The late legendary director David Lean’s (Passage to India, Doctor Zhivago) adaptation of the Charles Dickens classic Great Expectations(1946) can be seen on Sky Movies this bank holiday, along with an all star cast in the infamous comedy classic Monty Python's The Meaning of Life (1983).

Given the success of the World Cinema strand on Sky Cinema and highlighting the range of British movies as a whole, Sky Movies expands it’s breadth of offering and launches a British Film strand, a weekly double bill on either Sky Cinema or Sky Movies 9 starting at 8pm. Showcasing films both new and old with British talents ranging from Cary Grant to Jude Law.