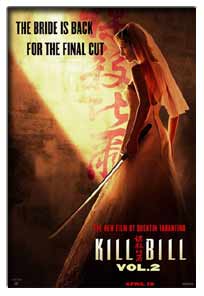 Quentin Tarantino is planning an animated prequel to his Kill Bill movies.

The movie would follow the early life of Bill, voiced by David Carradine, and the three men who made him a deadly assassin: pimp Estebian Vihaio and martial arts masters Hattori Hanzo and Pei Mai.

The film would be drawn in the Japanese anime style seen in Kill Bill Volume 1, with Tarantino writing and producing.

As well as the anime prequel, the director has speculated that he could return to Kill Bill's world in 15 years' time to follow the daughter of a character killed in the first film, Screen Daily reports.