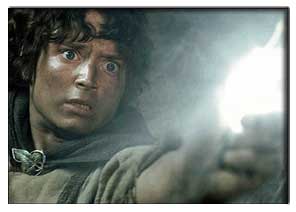 Elijah Wood is filming in London for his next movie in which he plays an American student who gets caught up in football hooliganism.

His character in The Yank moves to London, after being expelled from Harvard, and meets up with a young man who introduces him to the violent underworld of football violence.

Wood has been caught on camera filming in the streets of London and at West Ham's Upton Park ground during a match.

Elijah explained the movie, via MTV, for his US fans recently by saying: "Fans of football there sort of form these factions and fight amongst each other.

"It's a massive part of the culture. It's all throughout Europe and a lot of it is prevalent in England. I play an American who gets mixed up in that world after coming over to visit his sister... It'll be pretty incredibly violent and realistic."