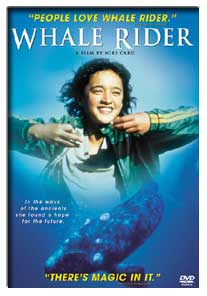 New Zealand schoolgirl Keisha Castle-Hughes, who this year became the youngest best actress Oscar nominee, will star in the next episode of the blockbuster Star Wars movies.
The 13-year-old actress, who made her Oscar nominated screen debut last year in Whale Rider, has found herself a heavyweight Hollywood agent and a role as the Queen of Naboo in filmmaker George Lucas' Star Wars: Episode III. Castle-Hughes has signed on with top Tinseltown talent managers Creative Artists Agency for her Hollywood roles but will remain represented in New Zealand by Auckland Actors, according to reports in the Daily Variety and Hollywood Reporter.

In her acting debut in Whale Rider, Castle-Hughes, who lost the Oscar to South African Charlize Theron, took on the role of a feisty Maori girl battling tradition and her grandfather to take over the leadership of her tribe.

The sixth chapter in the 27-year-old sci-fi classic Star War series, which has developed a major cult following, is due for release in May next year.