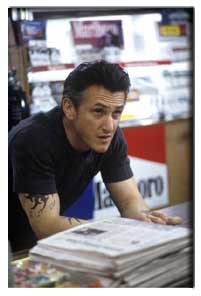 Jude Law's performance in Cold Mountain (2003) has earned him an Oscar nomination, but the British actor says his rival Sean Penn deserves the best actor honours this year.

Law plays Inman, a Confederate deserter on an odyssey from the battlefront to his beloved Ada, played by Nicole Kidman.

"I'm immensely proud to be in the category I'm in," Law said at the Berlin International Film Festival. "There are actors in that category who I have been inspired by from a very, very young age - and to be amongst them is extraordinary."

"I've always loved Sean Penn's work," he added. "He's someone I've respected and looked up to and admired for years and years and years, and I think it should be his year."