Return of the King toppled by Big Fish 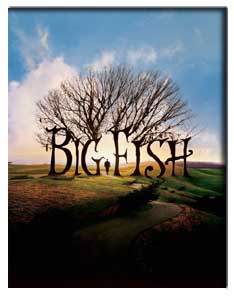 The Tim Burton drama, starring Ewan McGregor and Albert Finney, made an estimated £7.8 million at the weekend while Return of the King pulled in £7.6 million.

My Baby's Daddy debuted at number six with £4.2million, one place ahead Chasing Liberty which took £3.2 million.