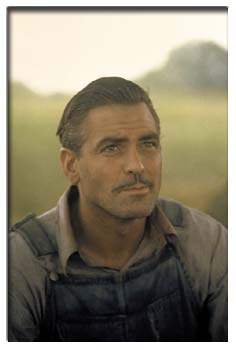 Clooney is said to be desperate to take on the role made famous by Tom Selleck.

IMDb says he's wanted to play three roles since he started acting, Danny Ocean in Ocean's Eleven, Hannibal in The A Team and Magnum.

Clooney would have to fit Magnum around a host of other projects.

He's co-producing no fewer than four movies, including Don Cheadle's directorial debut Tishomingo Blues and thriller The Jacket, which will shoot in Scotland and star Adrien Brody.

Also, he'll return to the role of Danny Ocean in Ocean's Twelve, which sees the rogue and his gang planning a heist in London.