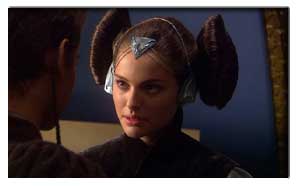 Natalie Portman is the hot favourite to play Lois Lane in a new Superman movie.

Warners are said to want the 22-year-old actress for their new blockbuster, to be filmed next year, reports Teletext.

Questioned about the rumours by Superman-V.com, the star's agent replied with a non-committal "nothing's conclusive", leading to widespread speculation.

Portman, who plays Padme in George Lucas's Star Wars films, joins a long list of star names to be linked with the movie.

Nicolas Cage and Jude Law have both been rumoured to play Superman though British actor Henry Cavill is the current favourite.

Charlie's Angels director McG was believed to be set to boss the project, but Richard Donner, who directed 1978's Superman The Movie, now seems to have taken over.