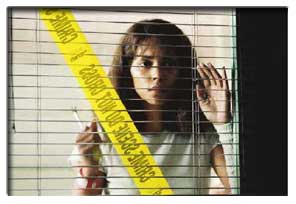 Halle Berry and Penélope Cruz are almost unrecognisable in their latest film roles.

Berry, 37, appears with little make-up and unkempt hair in the psychological horror film Gothika while Cruz looks even less glamorous.

Berry plays a criminal psychologist who wakes up one day in her own mental hospital, reports the Evening Standard.

She discovers she is accused of murdering her husband but has no memory of the crime, then finds out evil spirits are at work.