Myers to be joined by new stars for Shrek 2 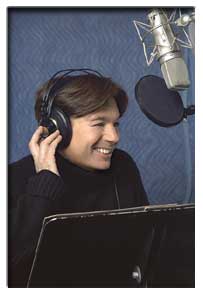 Mike Myers has signed up to make Shrek 2 and he'll be joined by some new voices.

Myers plays Shrek, and there will be returns for Cameron Diaz as Princess Fiona and Eddie Murphy as the Donkey.

But there are expected to be new voices in the next Shrek movie due in Cinemas next May.

Antonio Banderas will play Puss-in-Boots, with Rupert Everett as Prince Charming. Jennifer Saunders is set to star as a fairy Godmother.

In the film, Princess Fiona confronts her parents after becoming an ogre, reports The Sun.