Johnny Depp to star in the Rum Diaries 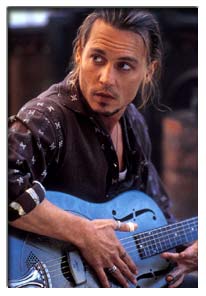 Johnny Depp has joined the cast of The Rum Diaries, a film based on Hunter S Thompson's classic novel.

Benicio Del Toro, who co-starred with Depp in Fear and Loathing in Las Vegas, will direct and star in the film.

The film's described as love, treachery and lust, set in Puerto Rico in the 1950s.

Josh Hartnett and Nick Nolte are also lined up for the film.