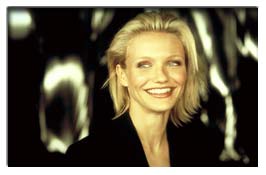 A photographer has denied trying to use photos of Cameron Diaz to extort £2 million from the actress.

John Rutter, 41, faces up to six years in prison if convicted of attempted extortion, grand theft, perjury and forgery. He entered his plea during a brief appearance in Los Angeles Superior Court.

Lawyers for Diaz, who is celebrating her 31st birthday, have refused to describe the photos or discuss the contents of a videotape taken from Rutter's flat.

Rutter told the syndicated news programme Inside Edition in mid-July that he took the photographs well before Diaz's big break in the 1994 film The Mask.

Earlier this month, a judge ordered the photographs and the videotape of Diaz sealed and set a September 12 hearing in Superior Court on her request for an injunction against Rutter.

Rutter has said that he contacted Diaz's lawyers to offer them first right of refusal for the photographs before trying to sell them to media outlets. Soon after he contacted them, he said, his flat was raided by authorities and the photos seized.

A publicist for Diaz said the actress did not sign a photo release at the private modelling session and a release produced by Rutter was a forgery.