Jessica Biel to star in Blade 3 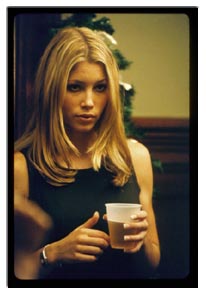 Rules of Attraction star Jessica Biel has been chosen for the female lead role in Blade 3.

Blade: Trinity, will see her star alongside Wesley Snipes, as Abigail - the daughter of Whistler, played by Kris Kristofferson.

The third installment of the Marvel Comics-based film is being written and directed by David Goyer.

Producers are planning to begin shooting in Vancouver next month, according to Hollywood Reporter.

Biel recently finished filming the upcoming remake of The Texas Chainsaw Massacre, The (2003).