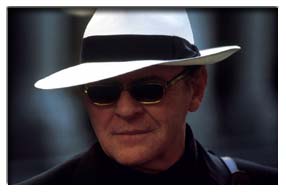 Anthony Hopkins is in talks to star as Gwyneth Paltrow's father in a new film about a troubled genius.

The Oscar winner is expected to portray a brilliant mathematician forced to rely on his daughter after he goes mad in Proof.

The big screen adaptation of David Auburn's Pulitzer Prize-winning play is due to start filming next month, according to Variety.

Silence Of The Lambs star Hopkins is also to appear alongside Colin Farrell in Oliver Stone's epic movie about Alexander the Great which is to be made this autumn.