Another Adoption for Angelina Jolie? 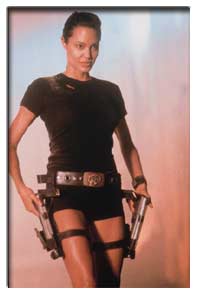 Angelina Jolie is reportedly set to adopt another child, after spending time investigating the possibility on a goodwill mission for the U.N. in Russia. The Lara Croft Tomb Raider: The Cradle Of Life star spent hours engaged in talks with adoption authorities and also visited a children's hospital on the trip, where she had spoken passionately in defense of Chechan refugees. Movie actress Angelina is the mother of two-year-old Maddox, whom she adopted from Cambodia - and she has previously spoken of her desire to adopt more needy kids. She said, "I prefer to adopt. With every adoption I save a further child from the orphanage. That's the way I see it." And according to British tabloid The Daily Star, the 28-year-old Oscar winner will adopt again once she starts filming Catherine The Great later this year in Russia.