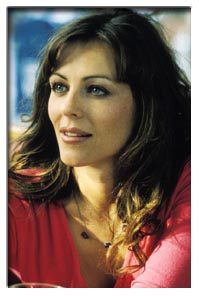 Elizabeth Hurley's new film has been branded a flop after taking just £28,950 at the UK box office.

Double Whammy even failed to make it into the top 15 films despite a vigorous promotional campaign.

The movie wasn't released in the US - going straight to video instead.

It was released in the UK two weeks ago and producers had hoped Hurley's sex appeal would have boosted audience figures.

The film also stars Dennis Leary and Steve Buscemi and features Hurley as a chiropractor.

She falls in love with accident-prone New York policeman played by Leary, says the Daily Express.