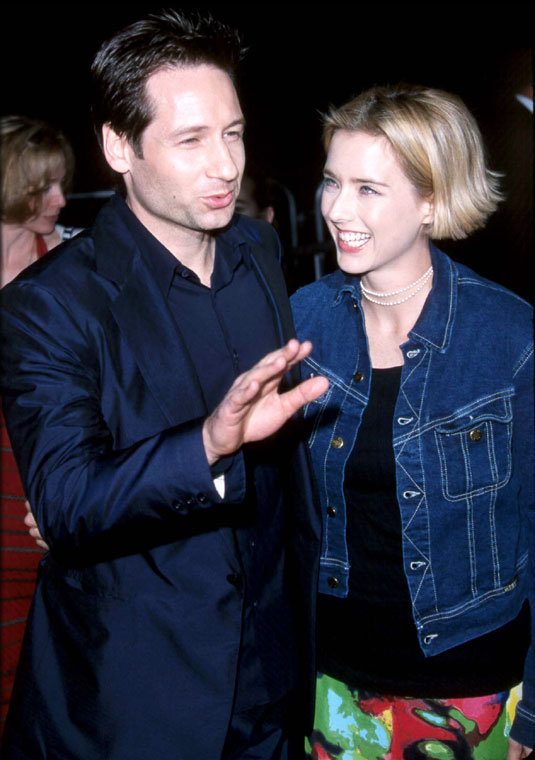 Following the disappearance of TEA LEONI's cousin just feet away from the star's Hawaiian shoot of JURASSIC PARK 3 the actress insisted the ground she would be filming on was blessed.

Leoni's cousin, TIMOTHY PANTALEONI, vanished without a trace in 1995 while hiking in Hawaii. Police and relatives spent weeks
searching the area but found nothing. And now Leoni is offering $100,000 (£66,666) to solve the mystery.

And Leoni has been forced to drive past the Manuakwili Valley where her cousin disappeared on a daily basis to reach the Oahu windward where filming has been going on.

The actress also insisted a Hawaiian priest blessed the ground she worked on before filming was allowed to start. A local says, "I have talked to Leoni about this and she has found filming hard because of Tim. She hated having to drive past the spot she knew he had visited before he disappeared. "A Hawaiian priest was hired to bless the ground before filming started. No one wanted any disasters on the set or any disappearances."