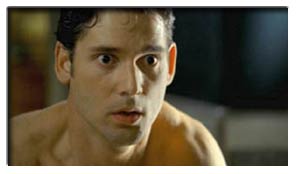 Eric Bana was ringside at a bare-knuckle fight outside Los Angeles when he realised he was in for a professional beating during filming of The Hulk.
A relative unknown in Hollywood, Bana had been dragged along to the bloody spectacle by director Ang Lee only days before both were to begin shooting the $220 million blockbuster.

Bana, with just one American role in Black Hawk Down under his belt, had been the surprise lead cast in the long-awaited comic-book adaptation and the fight was his first taste of the legendary bullying actors endure under Lee.

To the disappointment of Lee, of Crouching Tiger, Hidden Dragon fame, Bana walked out halfway through the bout, sickened by the "inspiring experience" the director had given him.

"He can be extremely esoteric, at times, but it was awful and luckily I walked because there was a full-scale riot minutes after we left," Bana says.

It was the only time the 34-year-old Australian was able to defy Lee.

For the next six months, Bana underwent the most demanding shoot of his acting career.

Lee, determined to smash the "pantomime" conservatism of the comic-book films, wanted a movie deep in story and loaded with a new take on the special-effects trickery that has defined the genre.

It meant calling on Bana and his co-stars, Academy Award winner Jennifer Connelly, Nick Nolte and Josh Lucas, to actually act despite the "creature feature" inspiration and to do it over and over for different camera angles.

"Ang is a sledgehammer wrapped in cotton wool, a very tough director.

"He has a very exacting vision which is one thing, but for the purposes of this film he wanted things shot from 400,000 different angles.

"You go to the point of diminishing returns, you can only emotionally commit to a scene so many times and then you run out of everything.

"This is what he doesn't understand  he has all these camera angles and he shoots them one at a time  it's absolutely gruelling."

The result is a surprisingly dark film, in the same vein as the original Batman movie, that explores the inner psyche of Bana's character Dr Bruce Banner before he explodes into the action of his alter-ego The Hulk.

Despite the repetition of shots, a device used by Lee to splice the screen in a comic-book-style narration, Bana wouldn't have had it any other way.

"After filming finished last year, I went back to (hometown) Melbourne to rest for nine months before I even thought about going back to acting and I needed every bloody minute," he says.

"Ang was the reason I did the film. I wouldn't have done it without Ang because I knew he would bring a depth to it.

"He was at pains to point out from the beginning that we wouldn't be making a comic-book movie, that we were making a real movie.

"I even had concerns it was going to be too serious but I remember him saying that there will be light and shade and that as actors we were the shade and the light would come later on.

"Having seen the film, the special effects and the action, there is the balance with what was done when I wasn't there . . . Because when I was working it felt like an intense psychodrama."

The Hulk had been on the drawing boards for more than a decade but was never able to punch its way through until Universal Studios watched Marvel Comic stablemates X-Men and Spider-Man do superhero stuff at the box office.

Enter Lee, the hot Taiwanese-born director bounding up Hollywood's A-list with films that also included Sense and Sensibility, who was approached to lend a more serious bent to the comic-inspired genre.

Lee wanted to tell a tale of emotional repression with the biggest-budget film of his career  and the studios agreed.

"To me," Lee says, "The Hulk is the manifestation of the part of yourself that you're trying to deny.

"He's the big unknown that is hiding in the deepest level of brain structure  the reptile part of your brain, the 'fight, flight, f---' centre.

"Bringing that out was the reason why I wanted to do this guy."

Despite the talent and money involved, the project had its problems.

Two completely different, but still well-guarded approaches, were written and then abandoned.

The end result is a movie that delves deep into the genesis for the Hulk's existence and, for audiences keen to see the green Goliath, that meant a 30-minute wait before he appears on the screen.

The story starts with a flashback of military scientist David Banner (brilliantly played by Nolte), father of Bana's character Bruce, who runs a genetic experiment on himself after the brass stop his work.

At that stage, only a hint is given that maybe the genetic tampering was passed on to his son.

The movie then flashes to an adult Bruce, now a scientist, who has just been dumped by his girlfriend and research colleague Betty Ross (Connelly), because the emotionally aloof man can't open up.

One day, an accident in their lab exposes Banner to gamma radiation and the dormant mutation from his father's experiment is unleashed in all of its green might.

After Lee took stewardship of the film, the role of Bruce Banner became a holy grail for many Hollywood stars who were stunned the relatively little-known Bana landed the lead, which reportedly carried a seven-figure salary.

Lee has said he wasn't looking for a star, but an actor and that Bana's few performances and his "deep-set eyes" had impressed him.

The vote of confidence was all Bana needed to overcome self-doubts about taking on such a high-profile role.

"Being cast in such a big film was probably intimidating and a lot of pressure for everyone else but me," Bana says.

"My sole responsibility as an actor was to play Bruce and everyone else were the ones who, I guess, were taking the risks.

"If anything, Ang casting me gave me a lot of confidence.

"I thought, well, he is putting all of his faith in me, and I am going to give it everything I've got."

With The Hulk, Black Hawk Down, and his award-winning performance as the pudgy, tattooed criminal Mark "Chopper" Read in Chopper, Bana has established himself as an emerging acting force.

He lent his voice to the animated film Finding Nemo, already a smash hit in the US, and will appear in one of the most anticipated films of next year  Troy  opposite Brad Pitt.

It is a long way from his relatively humble roots on television's Full Frontal, during the mid-1990s, playing the mullet-haired character Poida and doing impersonations of celebrities such as Ray Martin and Warwick Capper.

The rise from Australian TV to Hollywood has even taken Bana by surprise.

"I've been surprised it was done with so few films but obviously I welcome it because with it comes choice and power," he says.

"The power of choice is the best currency, it's better than any amount of money they want to give you or anything else.

"It arms you with the ability to find a role like (the Trojans' leader) Hector (in Troy) . . . That's where it is at, it's the most exciting part of it.

"That is why I looked outside Australia for extra choice. I never envisioned being a Hollywood A-lister star, I just wanted to be a good actor and that's what I have been working at."

Bana spends his spare time in Melbourne and at a new home in Sydney with his wife, Rebecca, the daughter of High Court Chief Justice Murray Gleeson, and their two kids.

Despite the new-found stardom, Bana says he will never be a fixture in Hollywood.

"I have never been part of that scene. Even back in Australia, I would rather spend my time at home, with my family or my mates," he says.

The Hulk opens next Thursday.