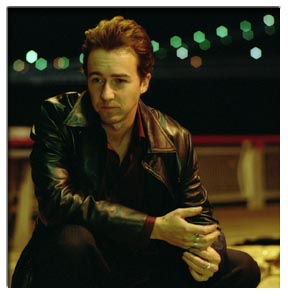 Edward Norton has defended the use of shots of the Ground Zero area in New York in his new film 25th Hour.

The actor insists the movie would not be true to life if it did not mention the events of September 11th.

The film, which is directed by Spike Lee, uses the area around Ground Zero as one of it's main backdrops.

Norton plays a man on his last day of freedom before he begins a seven-year jail sentence for drug dealing. The movie is released in the UK on April 25.

"Everybody who worked on this film lives in New York and they'd all say there is a political context to September 11th but there's also an emotional context, it's something that happened and it's part of the fabric of the city now" says Norton.

"I think if I'd felt at any time that we were taking the story from the characters and their crises and turning it into a political comment on those events I would have been very uncomfortable about that".

Norton says he doesn't see the point in making a set in the city that glosses over the event.

He adds: "It seems insane to make a film about loss and consequences of choices and taking things for granted and to not allow that new emotional reality into the background would have seemed like a denial."