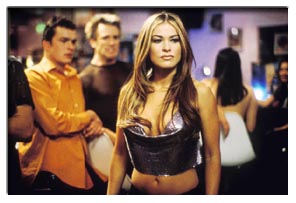 Carmen Electra is thought to be in negotiations to join the cast of an adaptation of the classic 1970s police action series Starsky and Hutch.

The Warner Bros movie, from director Todd Phillips, goes into production this week.

Ben Stiller and Owen Wilson will star as the cop duo who race around the city in a bright red hot rod and report to their never-happy boss, Capt. Dobey.

Electra has previously appeared in such films as Sol Goode, Get Over It and Scary Movie.

She most recently appeared on television in Baywatch: Hawaiian Wedding.