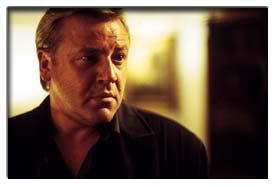 Ray Winstone and Helena Bonham Carter are set to team up for a television biography of Henry VIII.

Winstone will play the lead role in the £6 million production while Bonham Carter stars as Anne Boleyn.

Kathy Burke will play Anne of Cleves and Anna Friel takes the role of Katherine Parr.

It charts the monarch's descent from a handsome womaniser into a bitter invalid whose actions split the church and the nation.

Filming was brought forward to this month so that Helena Bonham Carter's pregnancy did not show, reports the London Evening Standard.

The actress is expecting her first child with movie director Tim Burton.