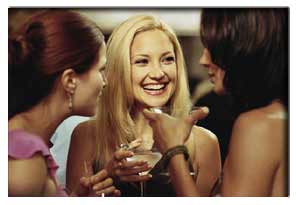 Hundreds of free cinema tickets to be won to see new romantic comedy, How To Lose A Guy In 10 Days.

Andie Anderson (Kate Hudson), Composure Magazine’s How-To columnist, has a very unusual assignment and a quick deadline. She has to write a firsthand account of all the things that women do to inadvertently drive men awayand she’s got to do it in 10 days.

Benjamin Barry (Matthew McConaughey) is an advertising executive, ladies man and unfortunately for Andie Anderson - her target. Unfortunately, because he has just made a high stakes bet with his boss that he can make a woman fall in love with him in 10 days.

This film is due for release in the UK on April 18th, but film fans can see it for free on one of the dates below: