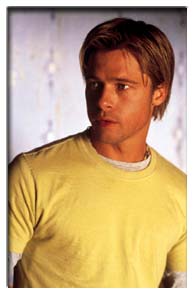 Brad Pitt has arrived in London to star work on his latest film - but has yet to find a leading lady.

The star is preparing for his role as Achilles in the Hollywood epic Troy based on Homer's Illiad.

But with shooting to start in days, casting agents have still not found a Helen of Troy to star opposite him.

The woman whose face "launched a thousand ships" is meant to be one of the most beautiful to have lived.

According the London Evening Standard, Claire Forlani, a littleknown Twickenham-born actress who shot to fame after winning a six-figure contract to be the face of L'Oreal cosmetics, and Ukrainian supermodel Milla Jovovich are hotly tipped for the role.