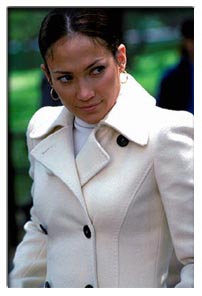 Jennifer Lopez has been kept awake by the Jackass cast while staying at the same hotel.

Johnny Knoxville, Steve O, Chris Pontius, Dave England, Preston Lacy, Ryan Dunn and Bam Margera made a drunken raid on her suite at the Metropolitan Hotel in London at 4am, according to The People.

The Jackass team were there for the London premiere of their movie Jackass: The Movie (2002) while Ms Lopez was in London to promote and attend the premiere of her film, Maid In Manhattan (2002).

They tried to get into her suite on the tenth floor but found they were barred because it requires a special key.

So instead they invaded the ninth floor and partied until the hotel's security guards intervened.