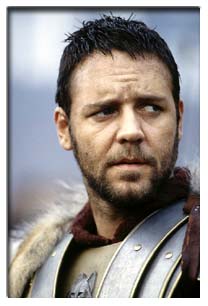 Russell Crowe may return for a sequel to hit movie Gladiator, despite his character dying in the first film.

Producer Walter Parkes says Crowe is exploring the idea of bringing back his Oscar-winning character Maximus.

He says the character could return for a prequel to the film or in an afterlife.

One of the co-writers of the original film is currently scripting Gladiator 2, which focuses on the character of Lucius.

Parkes told the Chicago Sun-Times: "Maximus did die in the first Gladiator, but the Romans had a great belief in the afterlife.

"Russell is exploring some ideas on how to come back. We can go backwards in time and forwards."