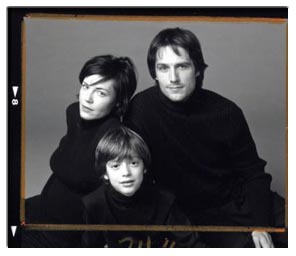 Mark Romanek's feature stars ROBIN WILLIAMS in a role that has been described as "the most significant image overhaul since Travolta traded up from Look Who's Talking to Pulp Fiction." (Gear Magazine)

Academy Award(s) winner Williams portrays Sy Parrish, a lonely photo technician at the local SavMart. When events threaten to disrupt the lives of the picture perfect family he has become obsessed with, Parrish will stop at nothing to preserve the homelife he has grown to think of as his own. Box Office Magazine commented "Not since American Beauty has a film so effectively skewered the American Dream."