Exorcist Prequel Gets A New Director 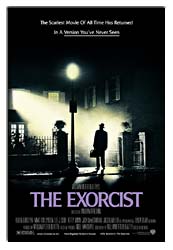 Paul Schrader is in negotiations to direct the untitled prequel to The Exorcist.

He will be taking over from the late John Frankenheimer, who voluntarily stepped down from the project one month before his death.

It is based around the story of Father Merrin, played by Neeson, and his first encounter with the devil while doing missionary work in post-Second World War Africa.

Shooting on the prequel is expected to begin in the UK and in Spain in November.