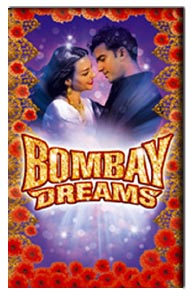 The UK is currently experiencing an explosion of Bollywood. From fashion gurus dressing models in bangles, silk and saris to the V&A exhibiting film posters, you can’t fail to notice the trendy phenomenon.

Let’s begin with cinema, which is growing on the country’s mainstream audience. In August ‘The Guru’, starring Jimi Mistry, dishes up a generous serving of a groovy mix of Bollywood/Hollywood dance theatrical routines.

As well as being hot on everybody’s lips right now, the forthcoming film releases of such ‘Bollywood Queen’ and ‘Bombay Calling’, the Indian film industry is actually most prolific in the world and has been for 70 years.

Producing around a thousand films a year, Hindi cinema has played a major part in entertaining millions regardless of religion, class or geographical distance and has successfully introduced social issues, like domestic violence and gang warfare, without stripping away any of the spectacle. They are globally infamous for the glamorous, colourful costumes and their all singing and dancing high camp.

The movies have been hugely significant to the lives of British-born Asians growing-up in the UK, as they had never seen kindred spirits on the big screen before. It makes sense, therefore, that we should now be celebrating the magic of Bollywood with events such as ImagineAsia festival, which showcases the cream of South Asian cinema nationwide.

A new TV series, ‘Bollywood Women’, is set to start soon on Channel 4 and a multitude of Hindi inspired movies, made all over the world, are due to hit cinema screens across Britain.

Outside the cinema theatres people soaked up music under summer skies recently. Billed as the biggest Bollywood concert ever, ‘From Bollywood With Love’ took place in Hyde Park in aid of The Princes Trust.

The Victoria and Albert museum is currently hosting an exhibition of more than 70 film posters dating back to the 50’s. Cinema India: The Art of Bollywood is the first ever major exhibition of posters and hoardings from Indian cinema. The exhibition also features the Star series of photographs, light box images of the most important Bollywood stars.

And of course you’ve got the cricket between England and India to be screened in Regent’s Park on July 27 & 29.

Up and down the country there’ll be numerous local Asian festivals, Melas, celebrating the food, music, dance and fashion.

Not forgetting films like Monsoon Wedding, Lagaan and the hugely successful Bollywood month at Selfridges recently, it seems the effervescent culture is offering the glamour, escapism and philosophy we’re embracing this summer.

Catch before the summer slips away:

The Guru released by UiP August 23rd.
Jimi Mistry plays a dance teacher who moves to New York to find fame and fortune as an actor, but unwittingly becomes a sex guru to Manhattan-ites seeking ‘fulfilment’.