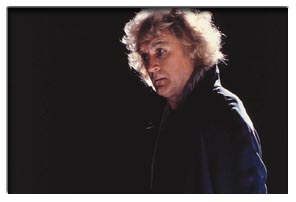 Scottish star BILLY CONNOLLY was so addicted to drink and drugs he regularly passed out. The MRS BROWN (1997) star's biography BILLY - written by his wife PAMELA STEPHENSON - has revealed the actor got so low he would ask for alcohol at breakfast and immediately down a pint of wine after every show.

Stephenson tells how Connolly once passed out in ELTON JOHN's recording studio and has drank so much wine and taken so much cocaine those around him thought he had died. On another occasion the funnyman he had to call his manager Pete Brown because he couldn't find his way out of a phone box.

Connolly was too drunk to read the address on the wall, so Brown drove round all his usual London haunts until he found him and dragged him to safety. His biography - which is released tomorrow (01OCT01) - also reveals that Connolly suffered years of sexual and physical abuse at the hands of his stepfather. (IG/WNWCAN)