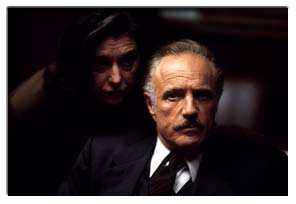 Hollywood heavyweight JAMES CAAN claims leaving Hollywood saved his life. The tough-guy actor says staying in Hollywood would have killed him and he's pleased he opted to move to Utah and follow a more clean cut lifestyle. He says, "There was way too much temptation. Beautiful women, booze and drugs. "

Caan sought help from his problems after marrying fourth wife LINDA STOKES in 1995, a friend says, "Jimmy wants this marriage to last. He wants to set a good example for their young sons JACOB and JAMES.

He has 4. 2 gorgeous acres near Park City, Utah. He recently learned how to play golf and he tosses the baseball with his kids. He has a clean and simple lifestyle that suits him just fine. It's a move that literally kept him from the grave. " (MB/TS/ES)