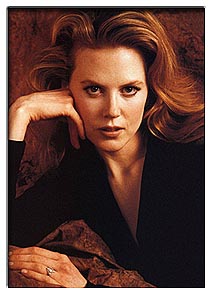 Actor TOM CRUISE is house-hunting in London so he can be close to his kids when mother NICOLE KIDMAN in living in the English capital. The MISSION IMPOSSIBLE (1996) star is following his redhead ex-wife and children CONNOR and ISABELLA across the Atlantic, while she takes to the stage in London's West End.

A friend explains, "Tom and Nicole want to minimise the disruption for their kids. Nicole's going to be in London for a while so he thought it would be a good idea to get his own place. "

The hunky actor has already rejected a £1. 5 million ($1. 95 million) three-bedroom Georgian house in Marylebone, central London, because of its poor security. The pal continues, "He can fly in and see the kids whenever he wants and brings them back to his own place. Nicole thinks it's a great idea. They both want what's best for the kids. " (ES/WNTMI/PDD)