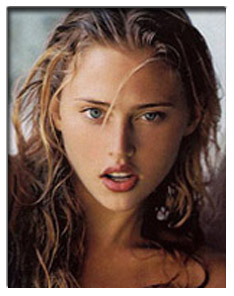 Outsized actor ANTHONY ANDERSON has heaped scorn upon his DOWN AND UNDER (2001) co-star ESTELLA WARREN - dismissing her as 'eye candy'. The EXIT WOUNDS (2001) heavyweight has just finished five months' location filming in Australia for Down and Under (2001), a mob comedy in which he stars with Estella and JERRY O'CONNELL.

And Anderson was less than impressed by his encounter with the beautiful actress, who has also failed to impress film critics with her performance in PLANET OF THE APES (2001). He sneers, "Estella can't act. She can't act her way out of a paper bag and I'll say that! She is the eye candy in the movie," he adds. Down and Under (2001), produced by JERRY BRUCKHEIMER, is due out next spring (02). (KW/WNWCMOV)