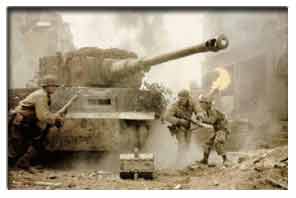 A big Hollywood movie is to be made about an Irish soldier who died fighting for Britain in the First World War. WILLIE McBRIDE was immortalised in song in THE GREEN FIELDS OF FRANCE - a big hit for the FUREY BROTHERS.

Now American movie producer NED STUART plans to make a $13 million (£10 million) feature film about McBride, who was only 19 when he died. Stuart was moved to make the movie after hearing Irish balladeer TOMMY MAKEM perform the song in a New York pub.

It was originally composed by ERIC BOGLE, a Scottish man living in Australia. Stuart plans to make the movie on location in Ireland, France and Germany. (RXT/STM/ES)